A student-driven, collaboratively-generated film|dance|design|music happening created around the theme of climate change. 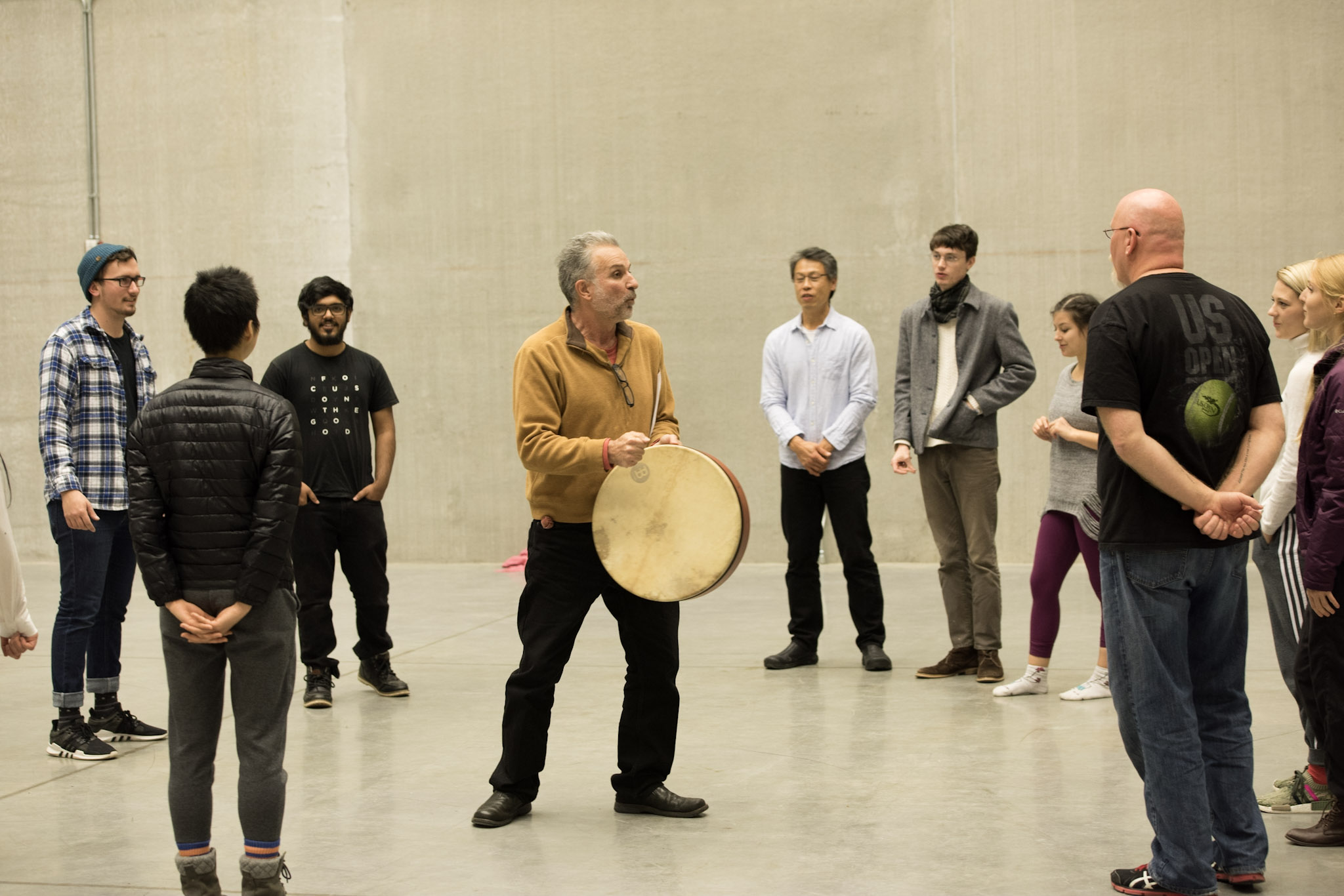 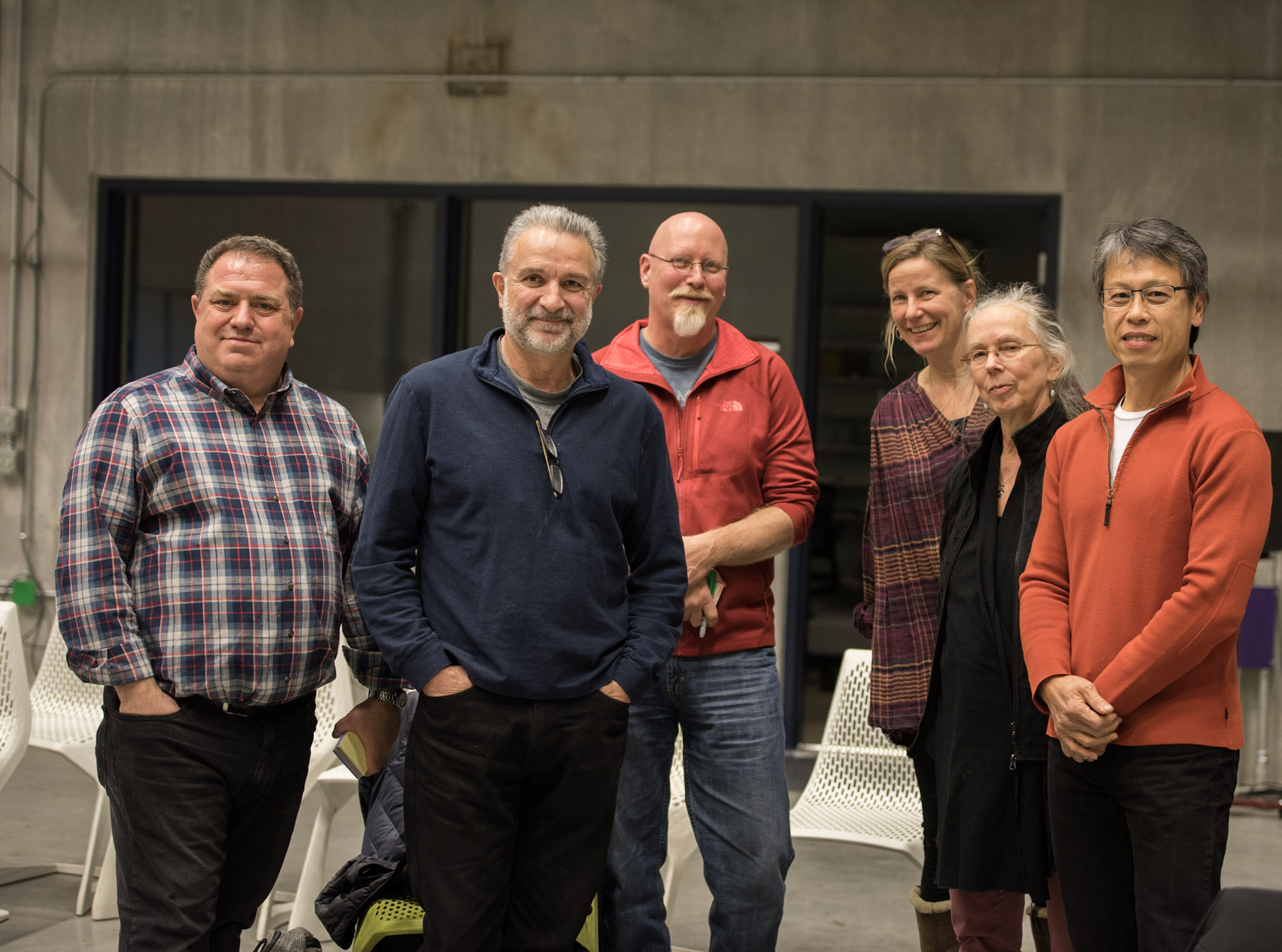 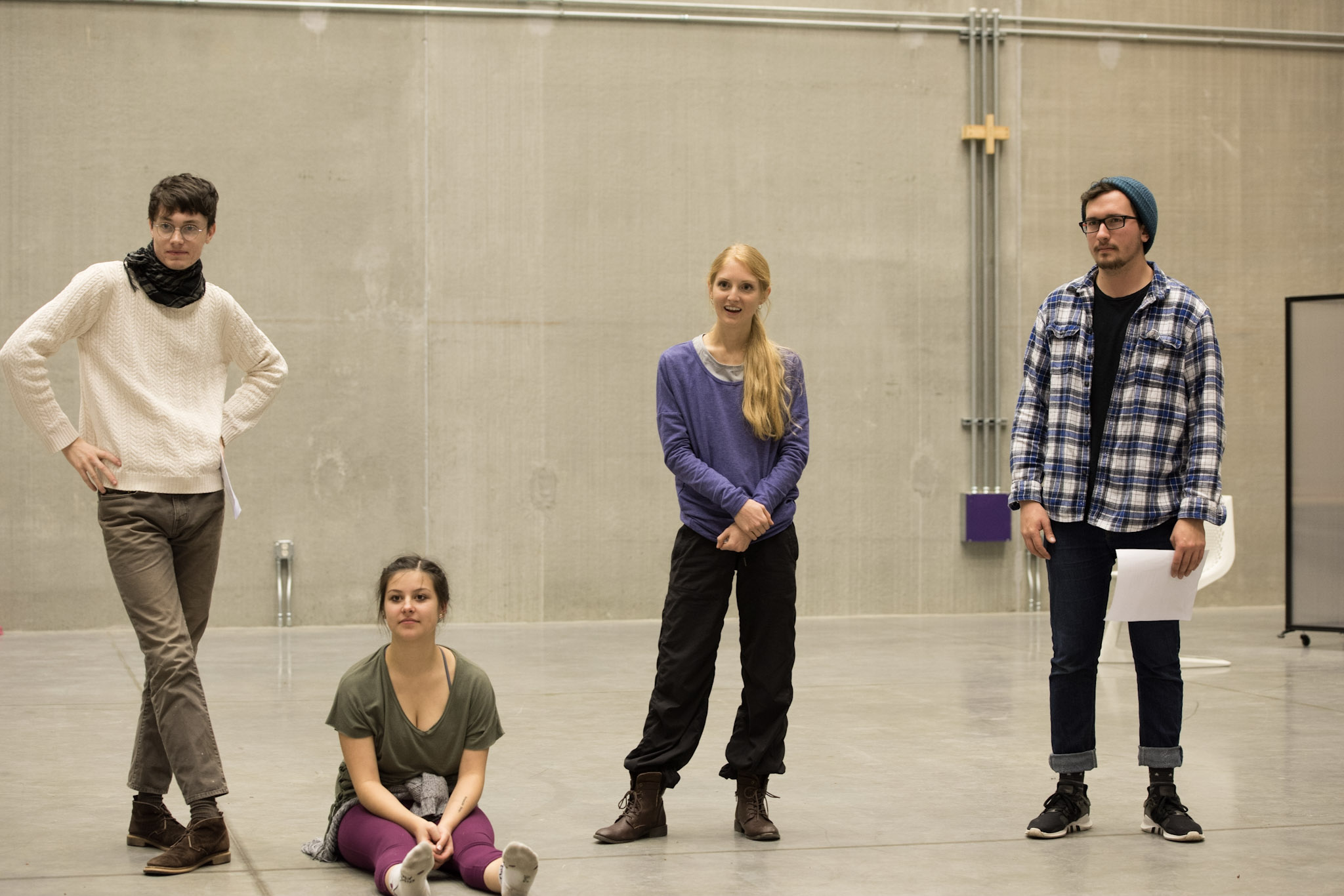 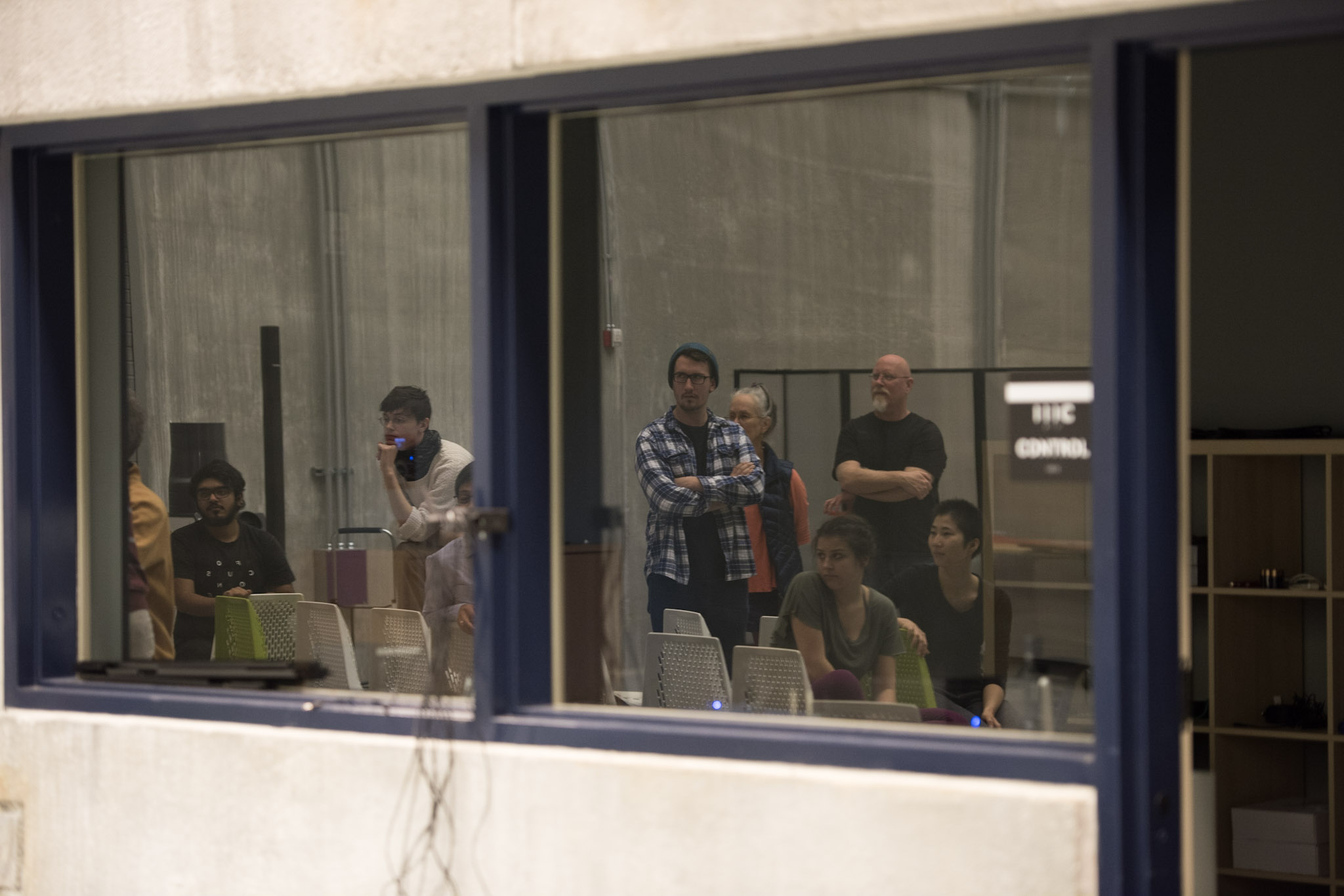 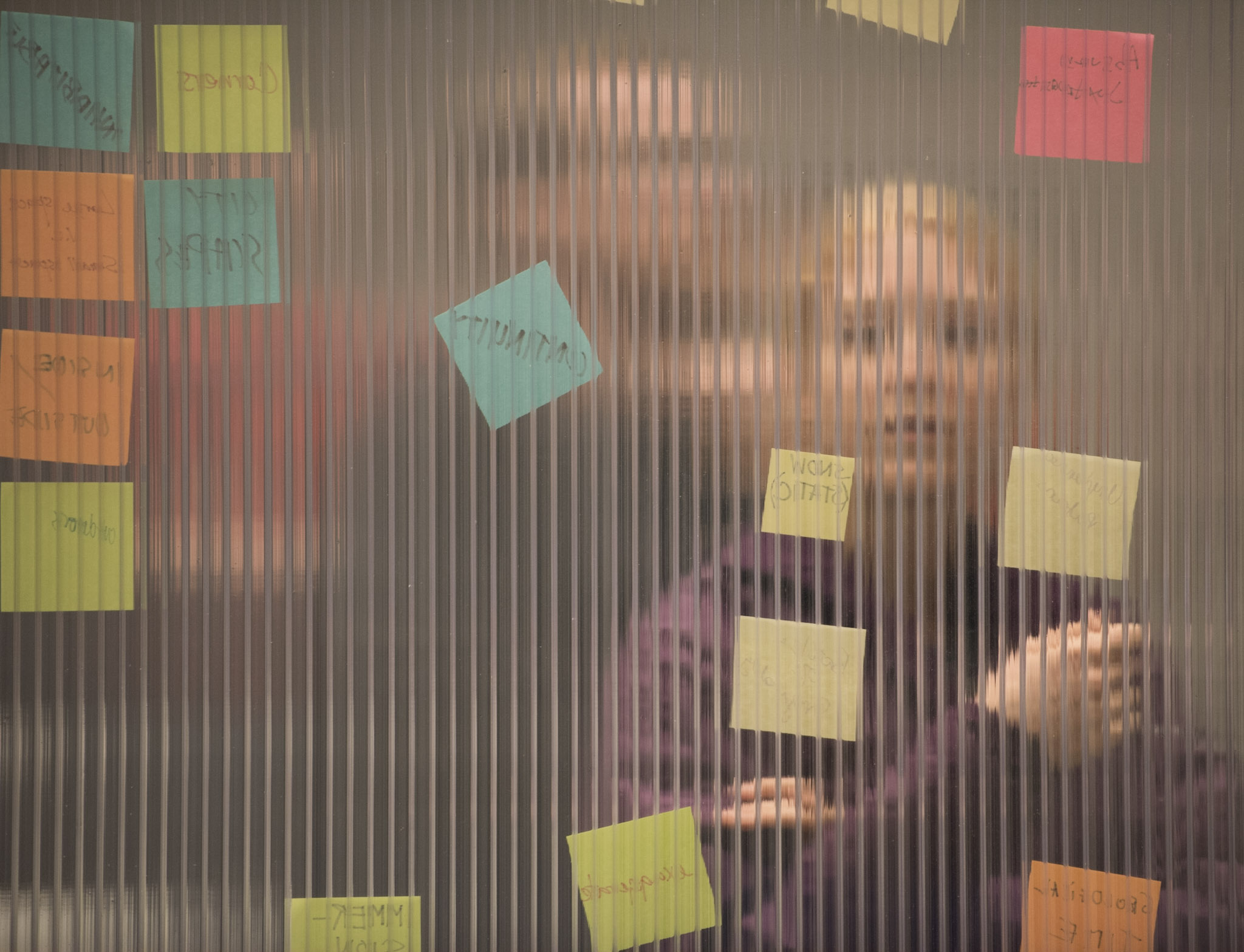 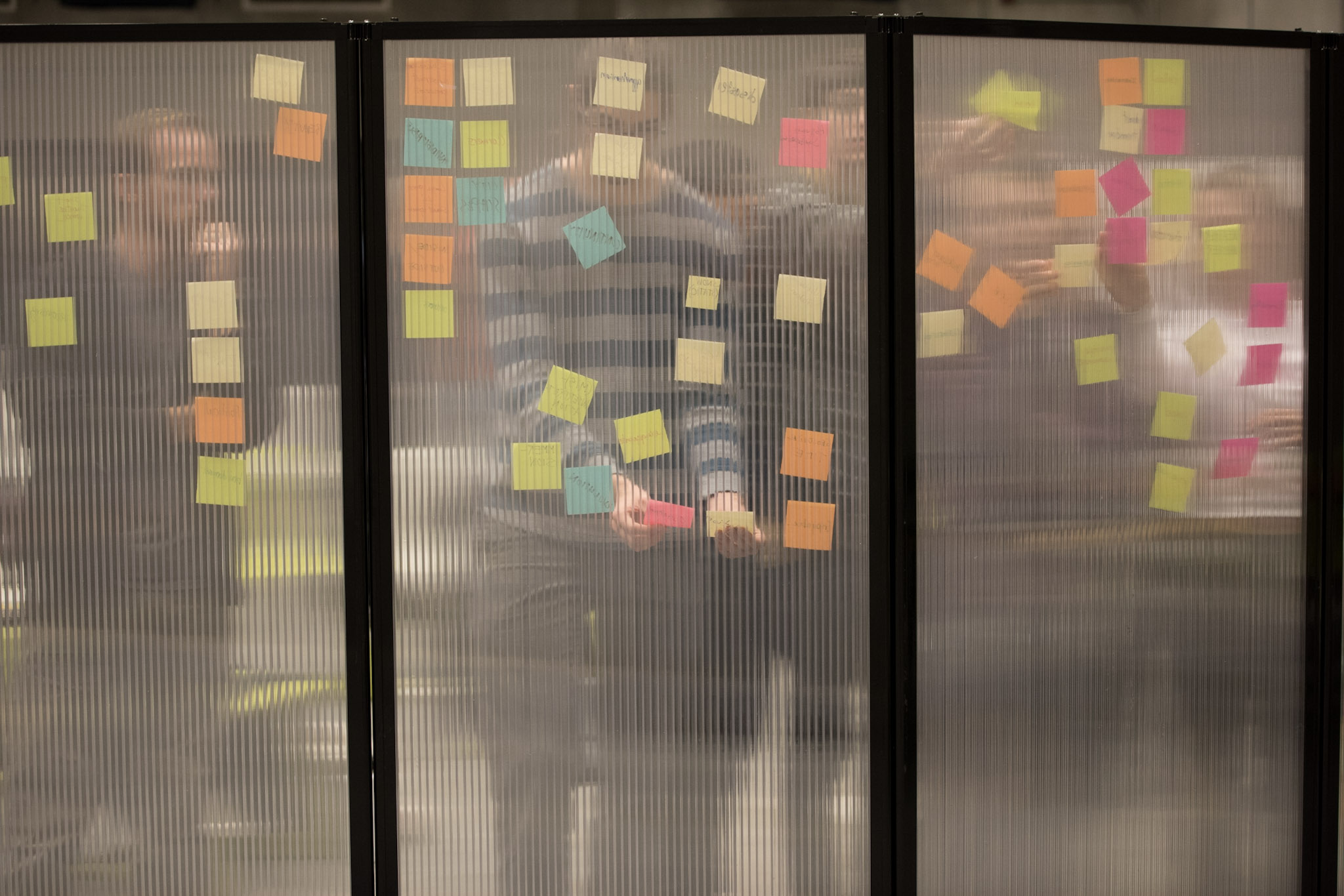 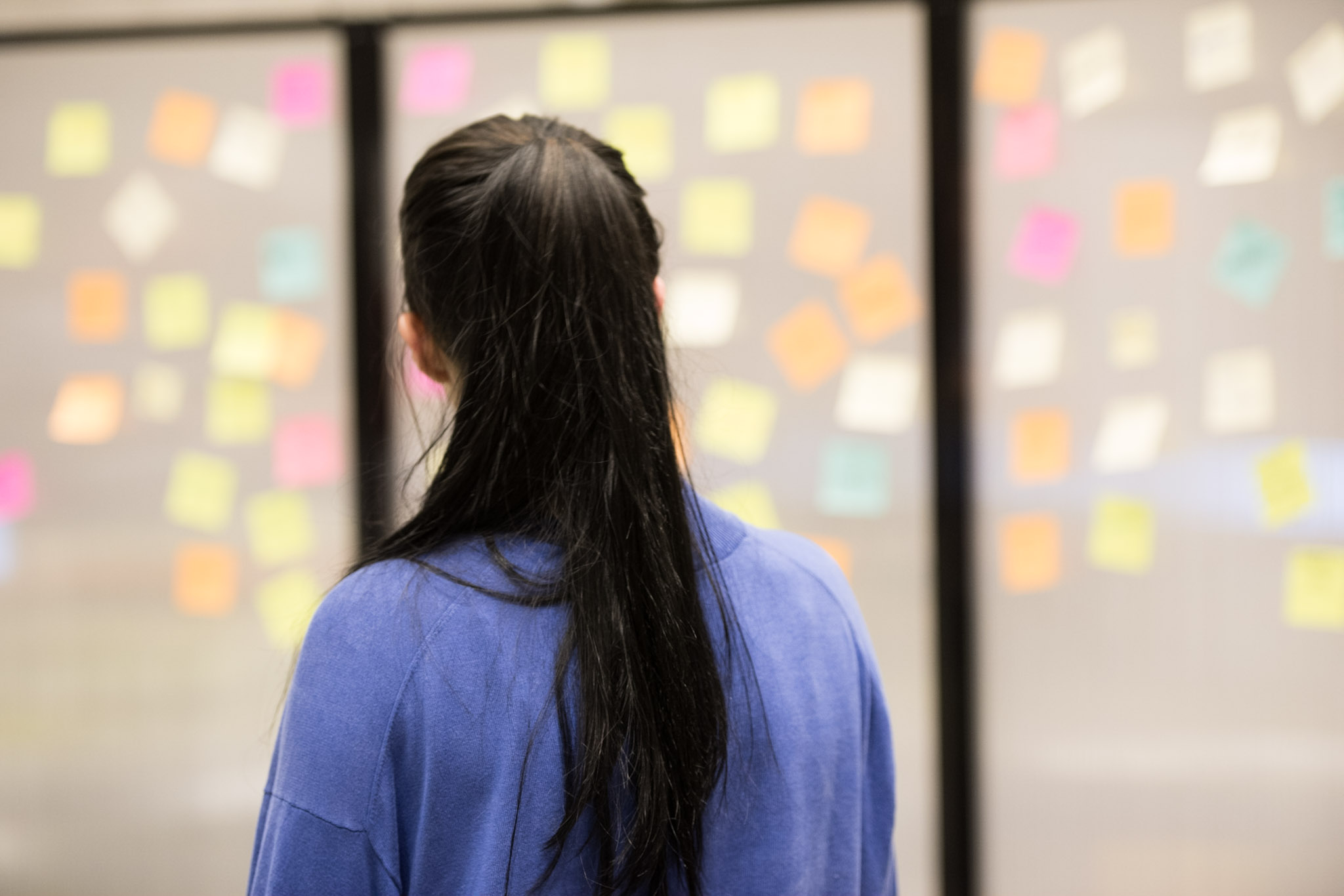 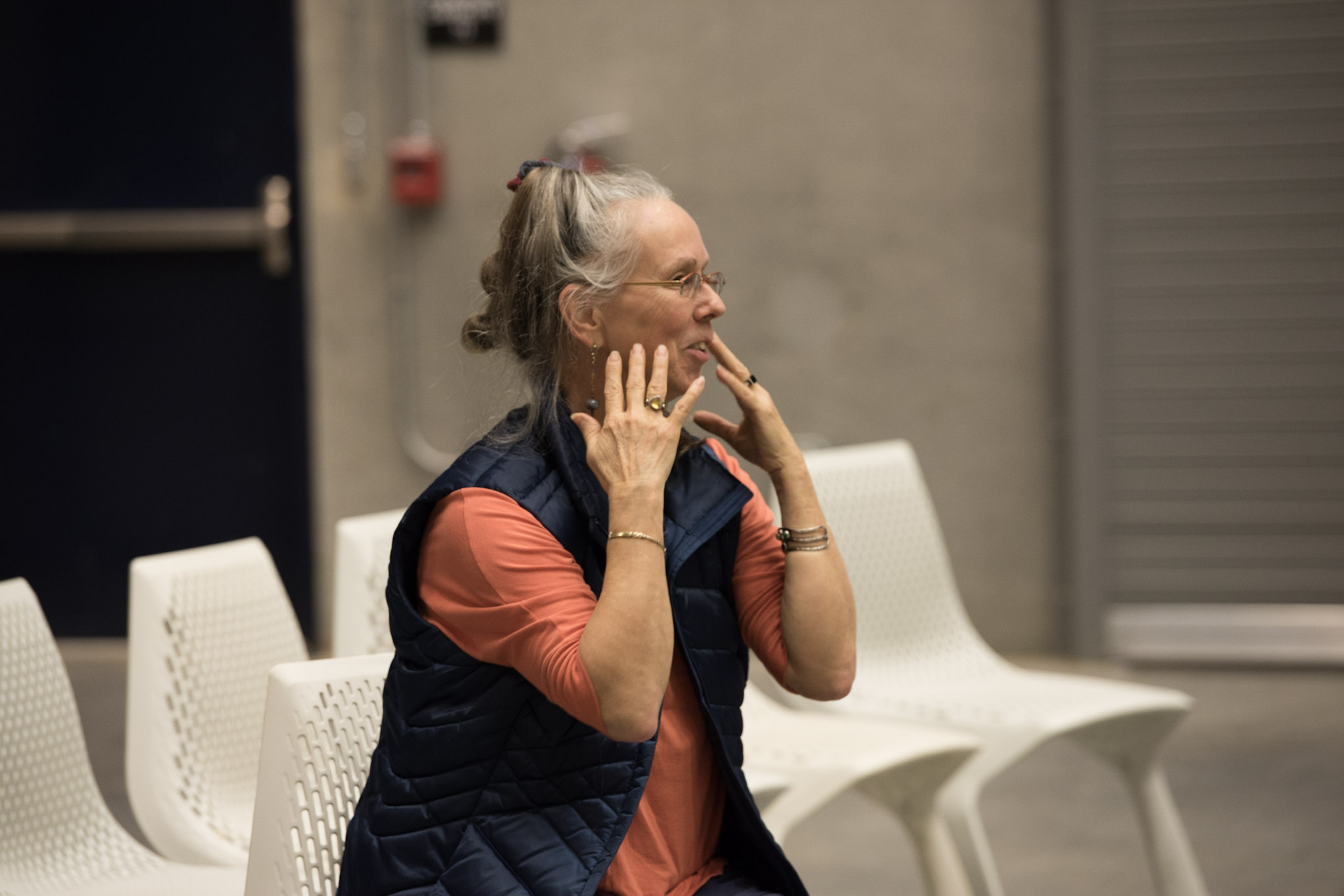 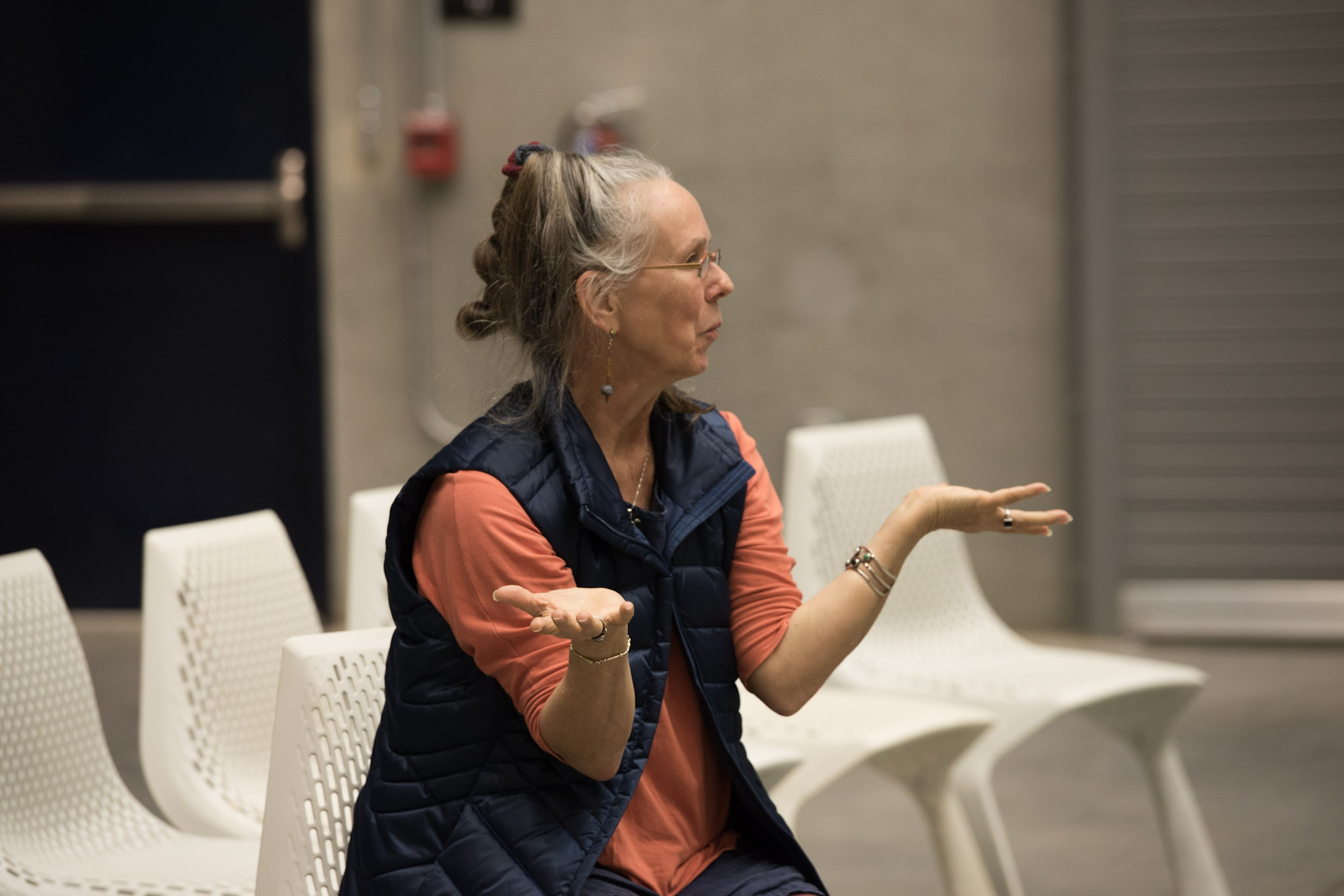 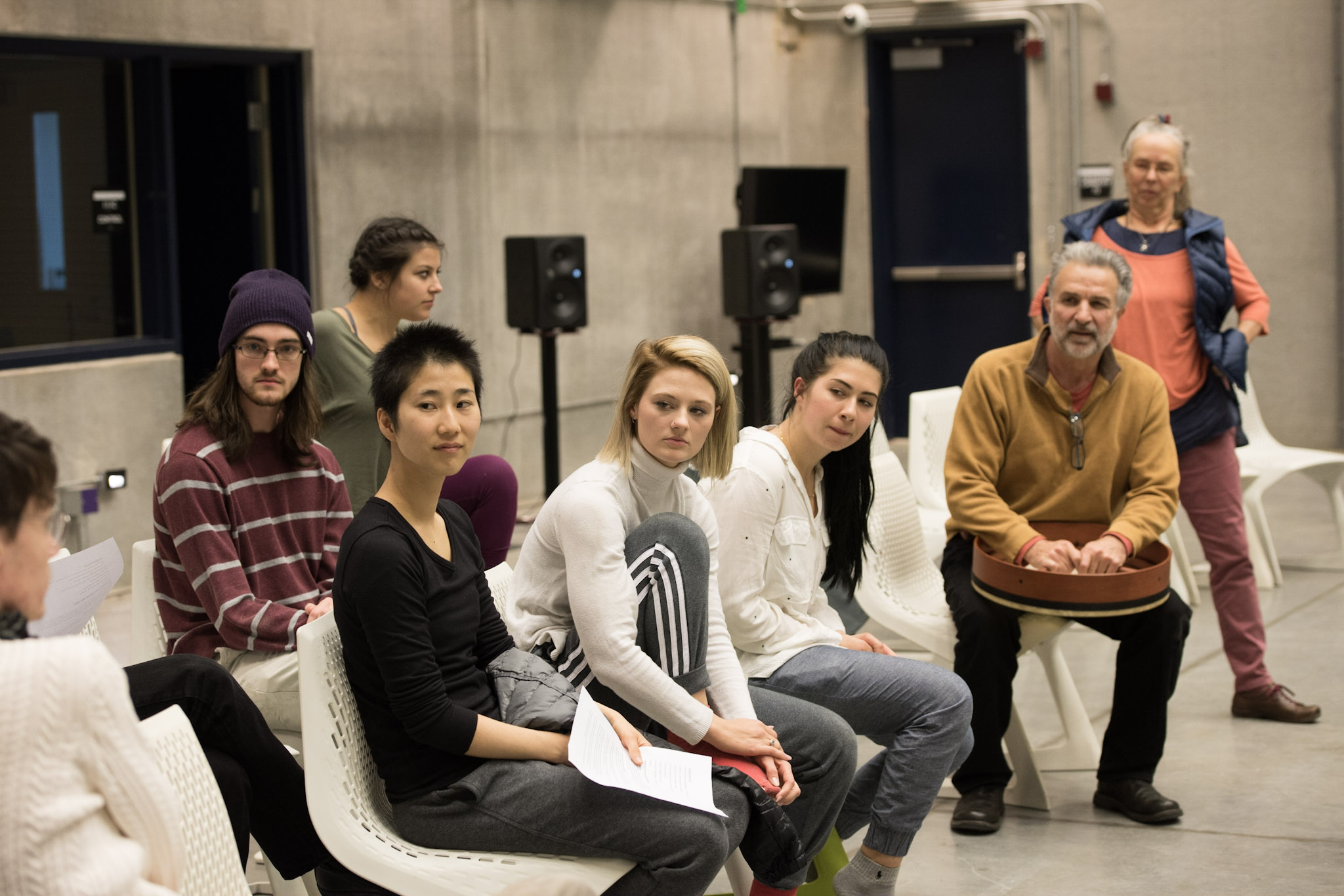 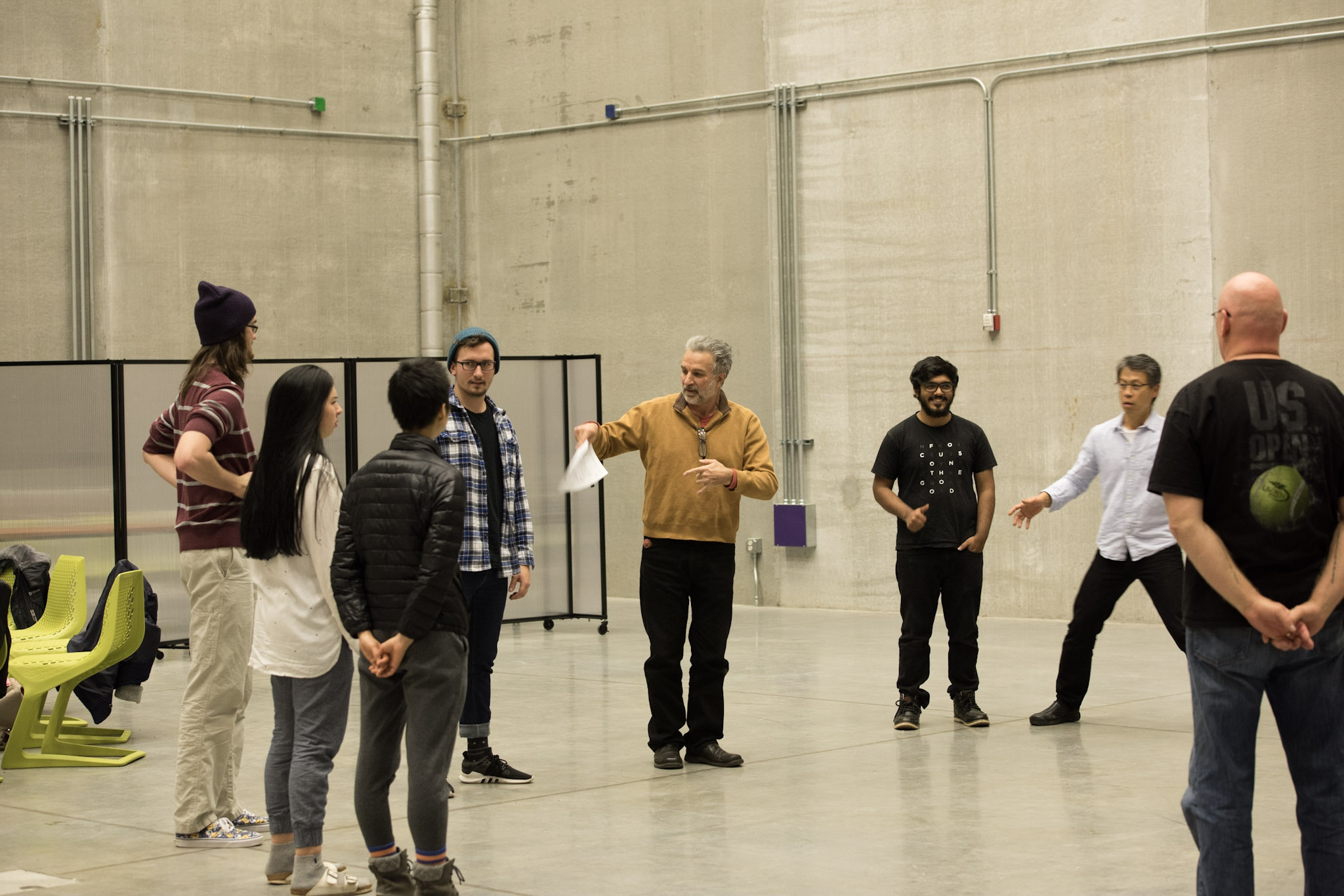 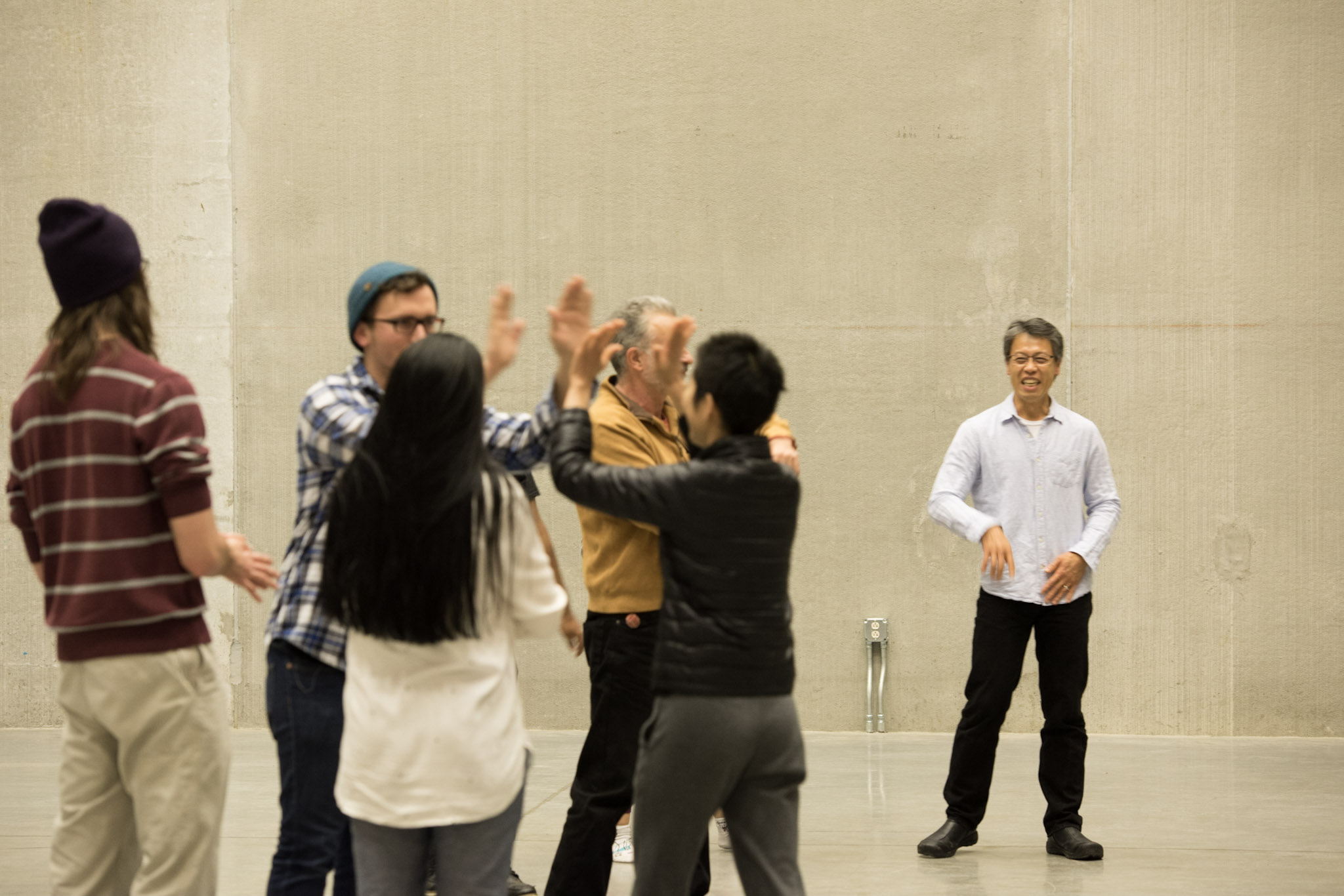 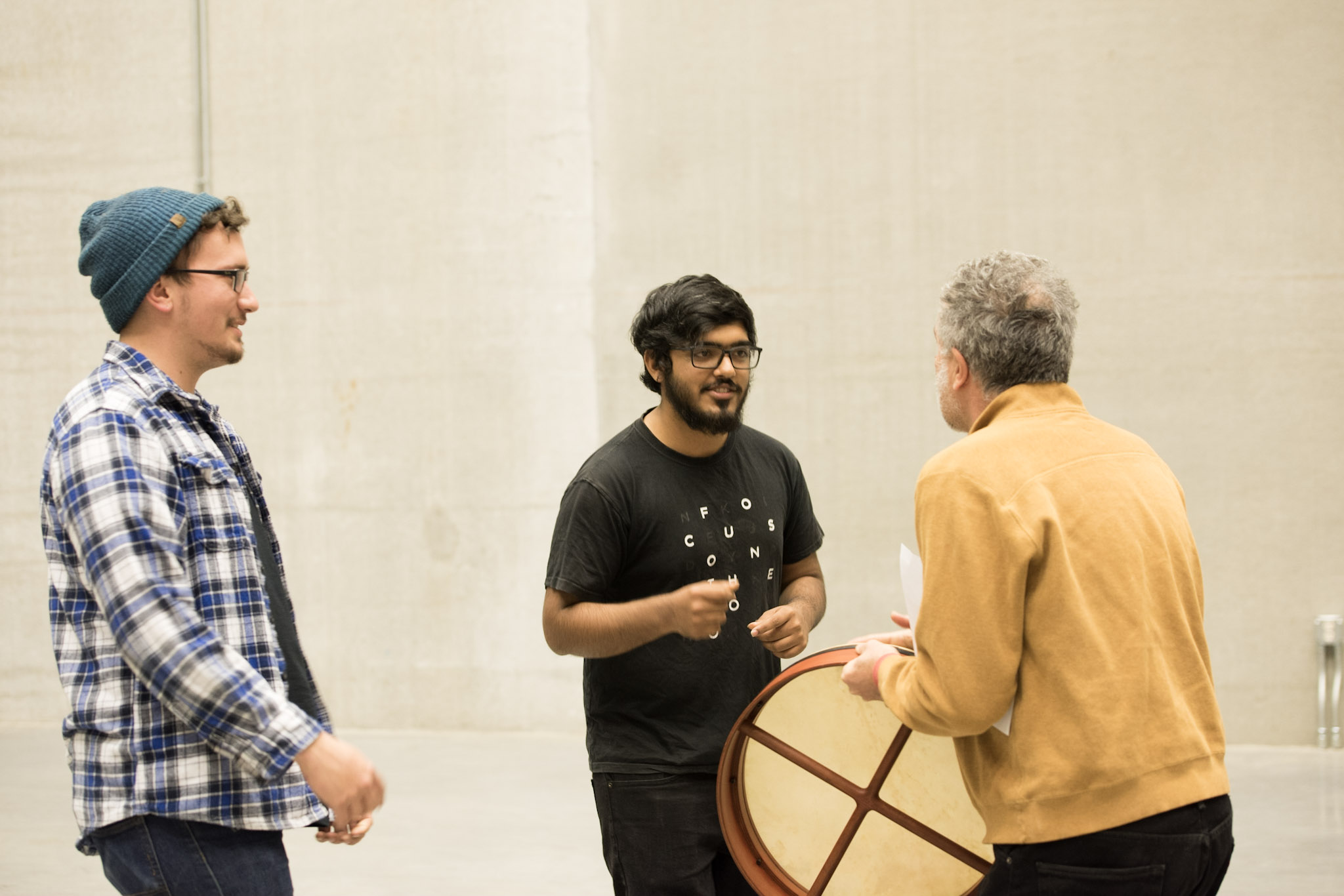 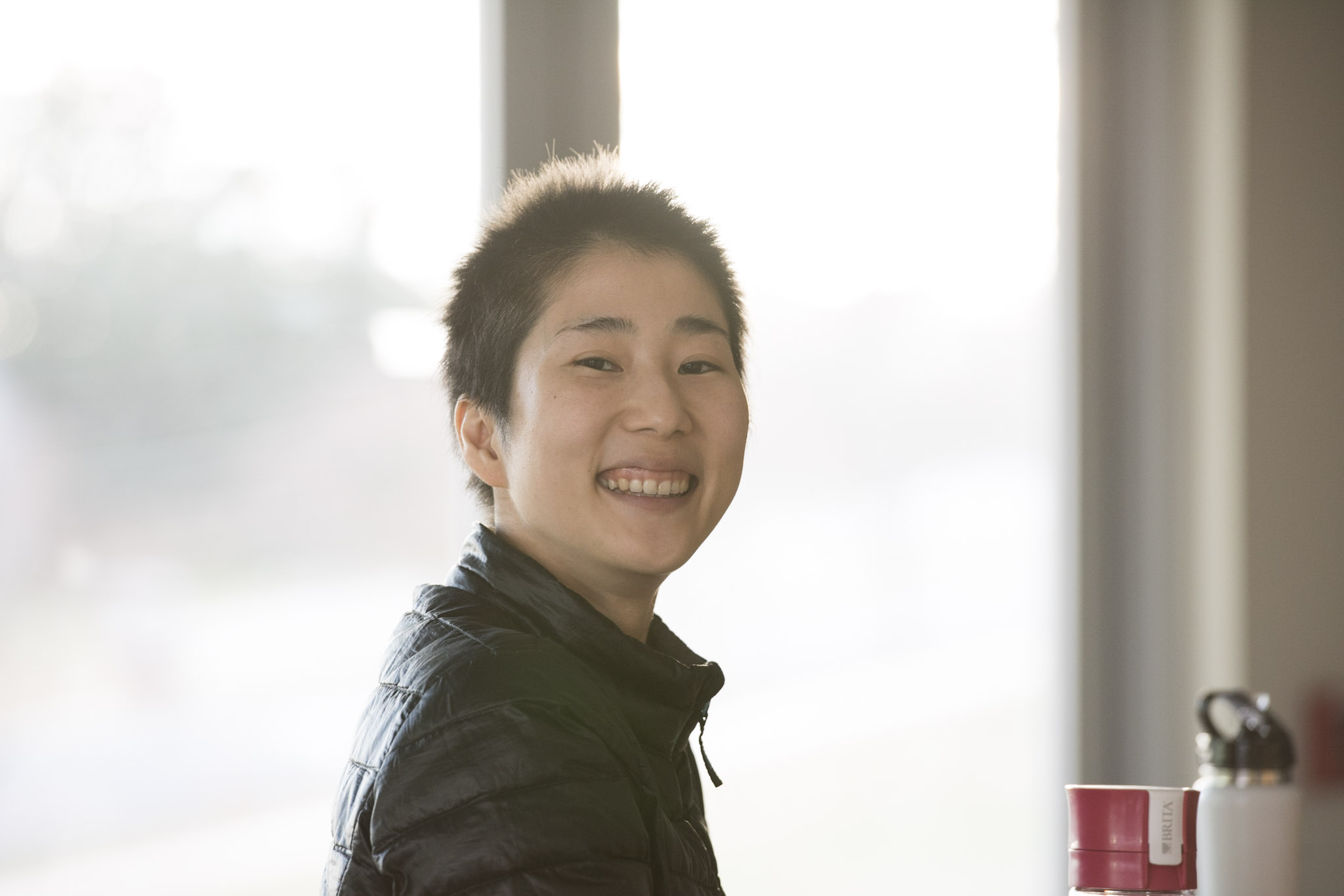 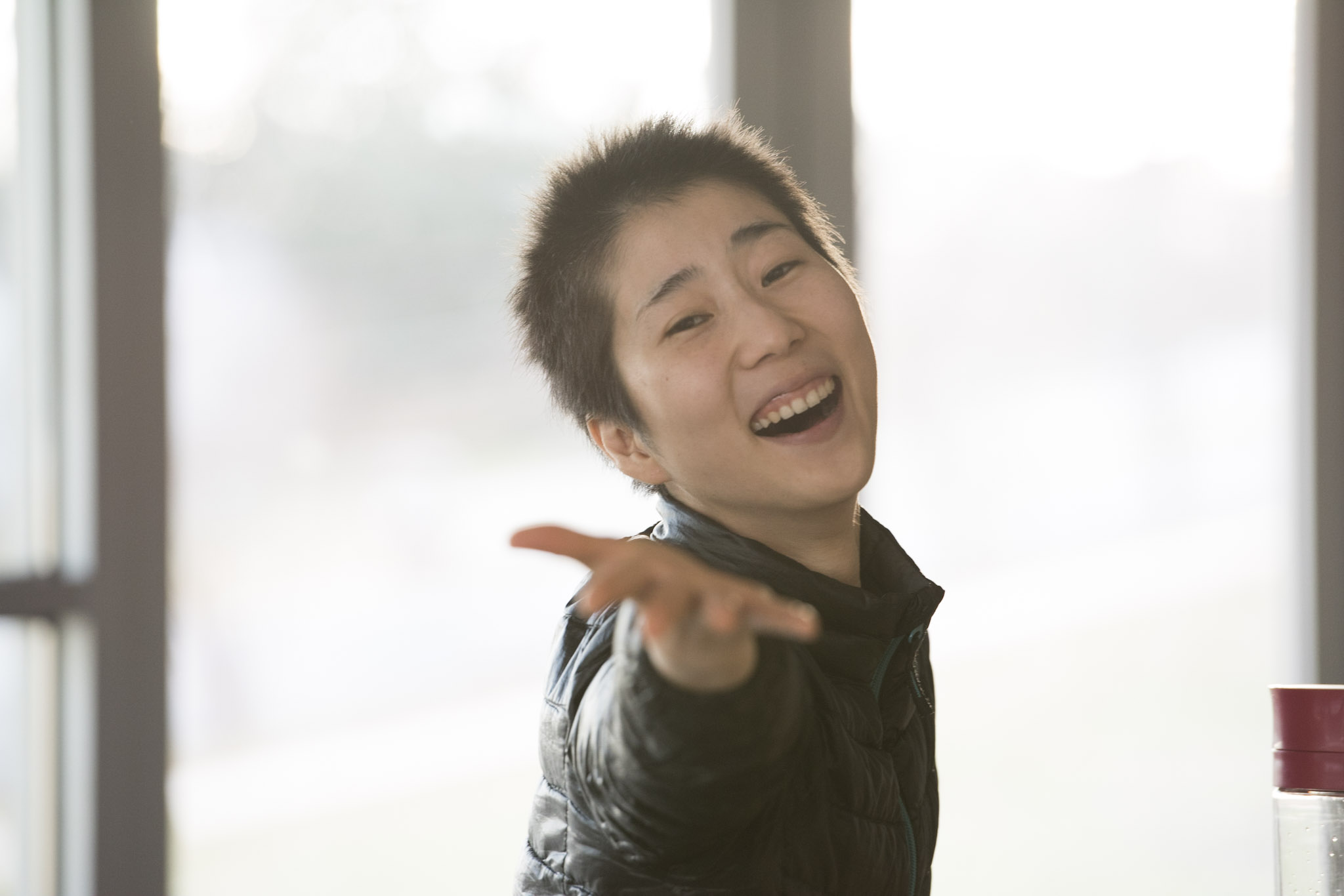 Within and Beyond Disciplines.

Students collaborate in conceiving work in a specific space. Starting by working on the processes of metaphorical ideation and devising/exploration, within and beyond their disciplines, and leading to ideating one or more multi-disciplinary works for the CUBE at CDI.

Because innovation most often emerges from dense collaborative interactions between novel combinations of thinkers, and because students and faculty at UNCSA are hungry for opportunities to work equitably across typical disciplinary divides, CDI Design Researcher Bruno Louchouarn created an immersive performance devising experience for students, faculty, and administrators from 5 disciplines.

Beginning with a 3-day workshop in December, 2017 collaborators from across the arts, humanities and sciences at UNCSA and CDI dove into an immersive creative and critical process toward developing an original, interdisciplinary, site-specific performance for the Center for Design Innovation’s unique CUBE. Design Researcher Louchouarn led conversations with CDI Interim Director Betsy Towns and Kenan Institute Director Corey Madden to shape a sequence of exercises to create an equitable working team and build momentum toward a new way of working beyond typical divisions of discipline, rank, and background. The opening workshops allowed participants to focus consideration on the unique features of the 60 x60 x 60’ CDI CUBE, consider precedents from site-specific art, engage in exercises in designing for place, and ultimately committed to completing an immersive multidisciplinary performance reflecting the relationship between humankind and climate in spring, 2018.

Fusing the ideas, talents, and visions of peers from the school of Music, Design and Production, Film, and Dance resulted in the creation of CAPACITY, an insight on climate change, performed in the Center for Design and Innovation CUBE in April, 2018. The students of UNCSA, as well as a guest student from Japan, Sachi Masuda, began discussing the topic of climate change during Intensive Arts, December, 2017. Throughout the span of three days, we not only discussed the issue of climate change, but also how we perceive our surroundings and generate our opinions. We were also given the chance to practice and learn about each other’s art forms, which helped us understand how we each ‘create,’ leading to a better collaborative experience.

A smaller group of the UNCSA students met again during the spring semester. We honed down the ideas that we generated as a group during intensive arts, and composed a more concise message to communicate to the audience and discussed how we wanted to convey this message. Do we want to make the audience feel guilty about the negative impact we have on the climate? Do we want to make them hopeful, motivated, angry? We realized that in order to convey a message that would make a worthwhile impact, we would have to represent each type of person and their relationship with the environment. Someone who takes from the environment, someone who gives to the environment, and someone in between.

Through dance, I was able to represent the neutral persona, which seems to be where most people in the world live right now. I found that having most of the population in this halfway position might be just as harmful. Building a society of people who try their best to recycle, use more environmentally friendly products, and maybe opt to bike instead of drive is wonderful for our climate. However, it is this same group of people who will not execute any of the above lifestyle practices unless it is highly convenient. The problem arises when we convince ourselves that our harmful practices are okay because everyone around us is doing the same thing.

I believe that in the end our project was able to show how hard it is to piece our climate back together if the deterioration is outweighing the improvement. With the perfect music-dance pairing, eye-opening videos of the environment, the mounds of dirt supplied to help the dancers convey the human-environment relationships), and elemental lighting, we presented a powerful message. A message that declares, “yes”, the climate is changing, it is our fault, we have the capability to lessen our impact, so what do we do now? Are you going to leave a gentle handprint on the world, or just a pile of crinkled up soda cans?